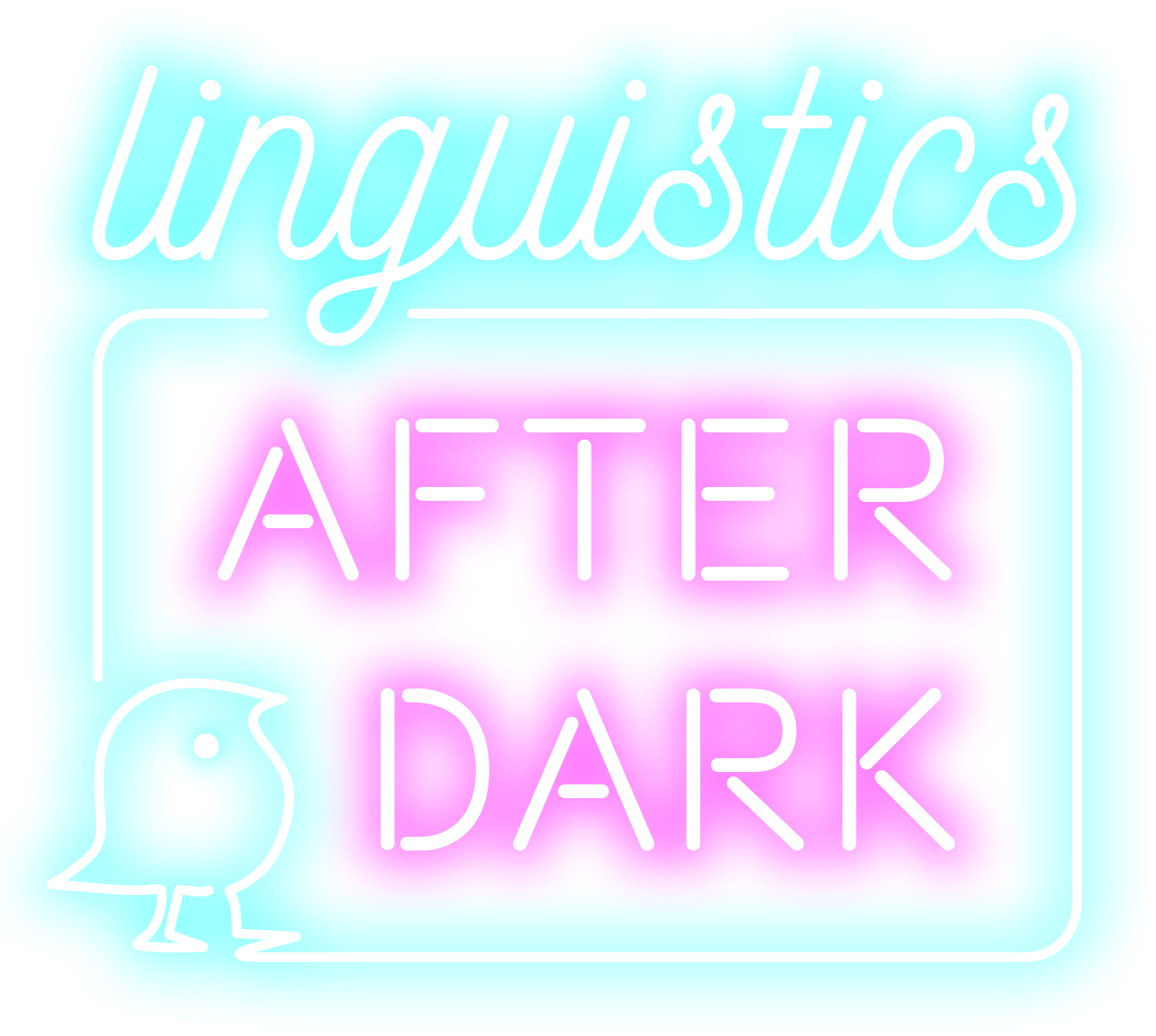 Wherein we talk a LOT.

Linguistics After Dark is produced by Emfozzing Enterprises. Eli edits, Sarah and Jenny transcribe and do show notes. Our music is “Covert Affair” by Kevin MacLeod.